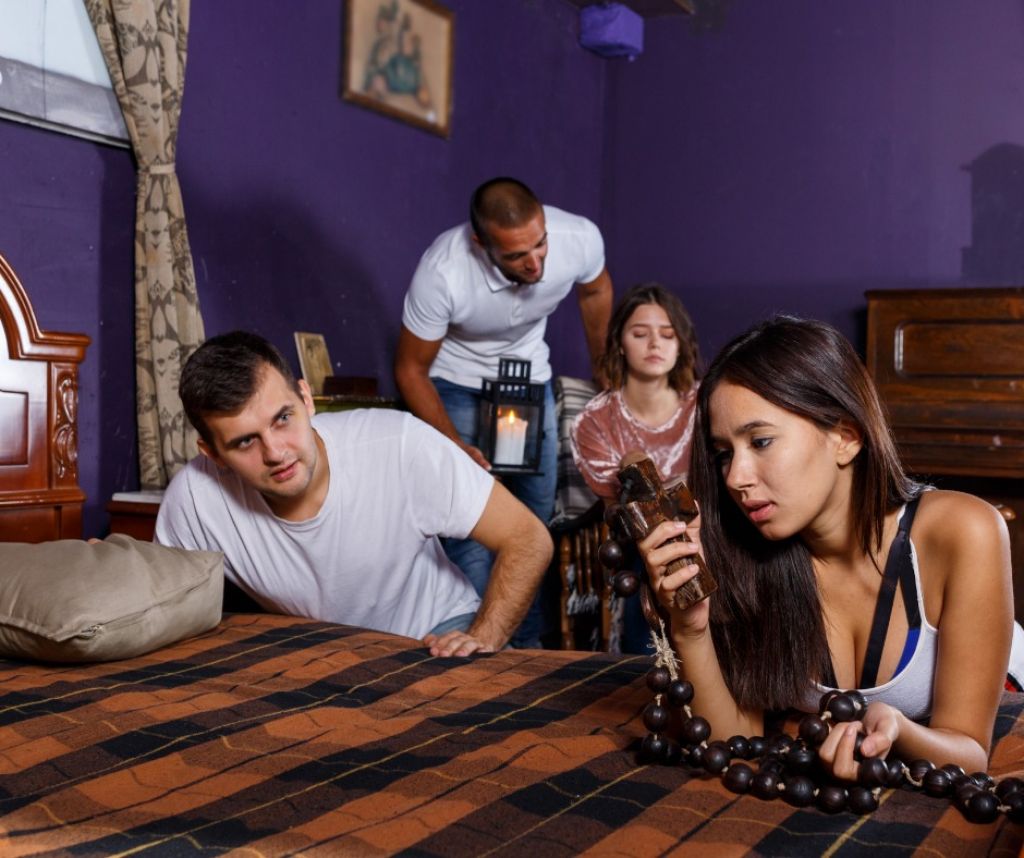 The most terrifying horror films ever made

Why are horror films so terrifying to us? And why are we so afraid of escape rooms with a horror theme?

In Budapest, escape rooms are not only scary (those that are designed to be scary), but also exciting and a lot of fun.

We watch scary movies to relieve our anxiety and fears that are buried deep within our minds. Aristotle, a Greek philosopher, coined the term "catharsis," which refers to the process of releasing negative emotions through the viewing of violent or frightening films. To put it another way, they assist us in "purging" our aggressive emotions.

Fear can cause the release of adrenaline, which causes heightened sensations and increased energy.

From demonic possessions and cursed televisions to haunted hotels and deadly clowns, these are the films that terrified the majority of the world's population. This is just the beginning, let us start with four of these movies and we will move on in the next months to continue our list of the best picks for a scary movie night.

The Night House is a place where you can spend the night. But not a regular house as you might think.

The ominous atmosphere created by a thick layer of lakeside fog, as well as the way the vast darkness behind our scream queen, Rebecca Hall, subtly shifts and moves before our eyes make this contemporary horror an enthusiastic entry for our list. On the surface, it's a ghost story about a grieving woman trying to uncover the truth about her husband's suicide, but it's also a heartbreaking tale of love and possession beneath the surface. This is a scary but interesting one. What do you think?

Did we convince you to watch it? If not, read through the next recommendations, you might like

Funnyman Jordan Peele goes where few horror filmmakers have gone before: right into the heart of American racism. Get Out lifts the veil on a "post-racial" America to reveal the insidious nature that persists. It's terrifying and for sure, you won’t be calm before bed, so we recommend watching it in the morning. Haha!

John Krasinski of The Office stars and directs this muted creature feature, which also features his real-life wife, Emily Blunt, who gives a powerful performance that peaks while silently giving birth in a bathtub. She is unable to moan or groan because she and the rest of civilization are being pursued by amaurotic monsters who hunt solely by sound.

It's been seven days. After watching a possessed videotape, the goners in Gore Verbinski's Ring have to wait that long to die. Even though Verbinski's atmospheric flourishes and scream queen Naomi Watts' chilling performance cement this Japanese horror adaptation as one of the genre's greats, the Cinema of the Unsettling images are captured on a medium as outdated as the newspaper.

Invite your friends and prepare yourself for the most exciting and craziest experience of your life!