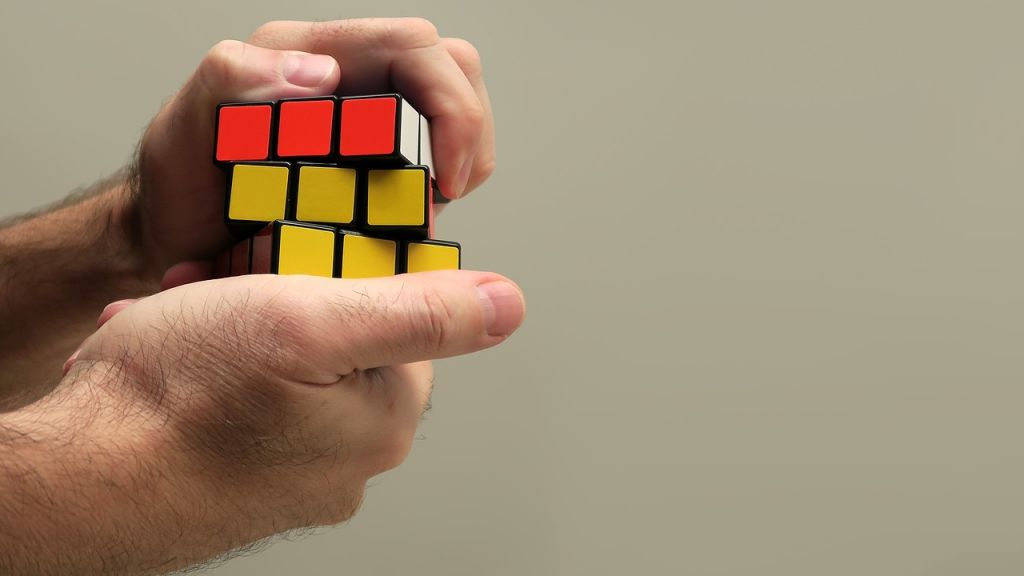 We Hungarians are tricky ones. We have a unique language with no close relative in Europe, only cousins at best. We have our own way of thinking. Many great minds were born in the Carpathian basin, for example, did you know that ball point pen was originally called “biro” after it’s inventor, László Bíró? Or that the soda water was invented by a Hungarian, Ányos Jedlik? And, of course, the world famous game, the Rubik’s cube which was made by Ernő Rubik!

The idea is simple - a big cube made from smaller ones. The sides are differently colored. Now, take it, rotate the small parts around and try to restore it to the original state. There are two solutions for this puzzle.

There are competitions, challenges - it’s crazy how easily people can be obsessed with that game!

So now you see, Hungarians are obsessed with puzzles. We love to excercise our brain muscles. Thankfully, we are able to take the game to a whole new level, with real-life escape games you get to actually live brain-teasers like Rubik’s. And the best part? Budapest is the capital of escape rooms! Many wild, imaginative escape rooms are available in a stone’s throw. Just check this our selection of escape rooms!

Have you ever wondered what it might be like to be in a horror movie? Well, maybe, just with less blood and death - but hey, the thrill is still pretty realistic. You might like to try the experience of escaping the tomb of a pharaoh, or be the detective who solves the case of a serial murder. Make your time spent in the city special by participating in an escape game in Budapest!